Or try the open testing version

The DubScript web site has grown a little long-in-the-tooth in the last few years. This update to the CMS should hopefully be more user-friendly with a more modern interface, and more accessible and with a better text editor! As time goes on, look forward to more changes. But for now, this should be a vast improvement! NOTE-- there was one user who just created an account as the site was being transitioned-- to that one user, please just re-create your account on the new system and all will be good.  Thanks!

Having completed beta testing, the "July 4th build" of DubScript, representing new exciting improvements from last year's production release, is now gradually making its way to the production track. In this new version, the code base was migrated from Java to Kotlin and reorganized, the UI was improved, many edge-case bugs were fixed, and there are brand-new features all over the place, including old style typewriter sounds when typing, Markdown formatting support (specifically the Commonmark flavor), a "Wellness Exam" (as if performed by a "script doctor", get it?) that will automatically scan your Fountain-formatted script text looking for potential formatting issues and other common "clams" and "red flags", along with suggestions for addressing them. There are 140 new writing fonts, bringing the total to over 940 fonts. And so many minor finesses and speed-ups here and there that are pretty subtle. Also the internal libraries from Google built into the app were updated to the very latest stable versions,

To try out the Markdown formatting support, just open (or create) a plain text file ending with ".md" (no quotes-- as in example.md). Be sure to read the Help & Info section for details.

After dozens of beta releases, the first major release in a year is rolling out! Let's get right to the highlights!

A few more details below.

After months of development, RC45 went full-release! Improvements include:

Notes & instructions here. The big improvement in RC44 is the apk size got really small :)

Like to write at the cutting edge? If you've subscribed to the beta releases in the Play store, a new version was just released. Now targeting the upcoming Android "P", the latest development version of DubScript takes a big leap forward with the newest "AndroidX Jetpack" libraries along with better Chrome OS Chromebook support and improved backward-compatibility. 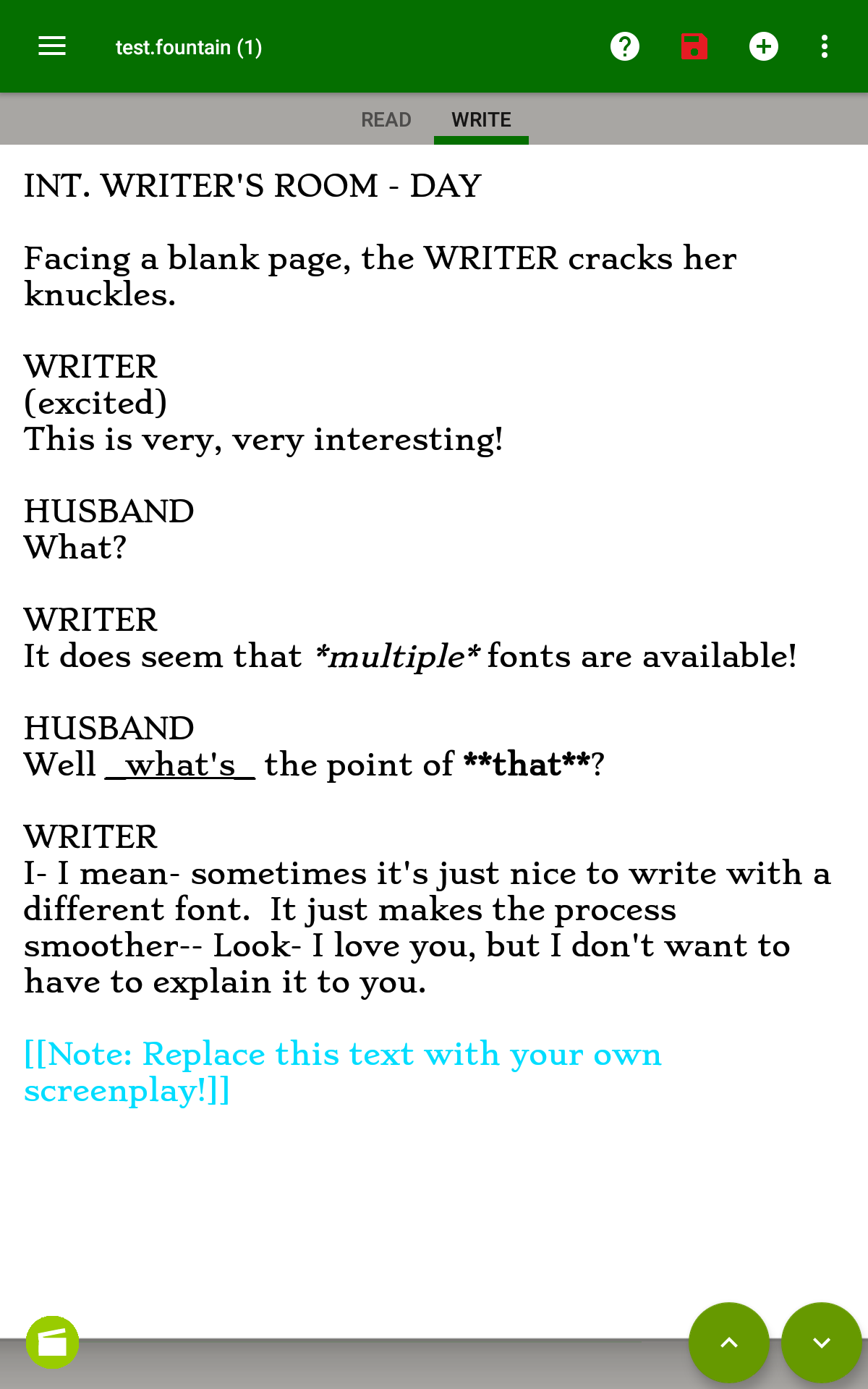 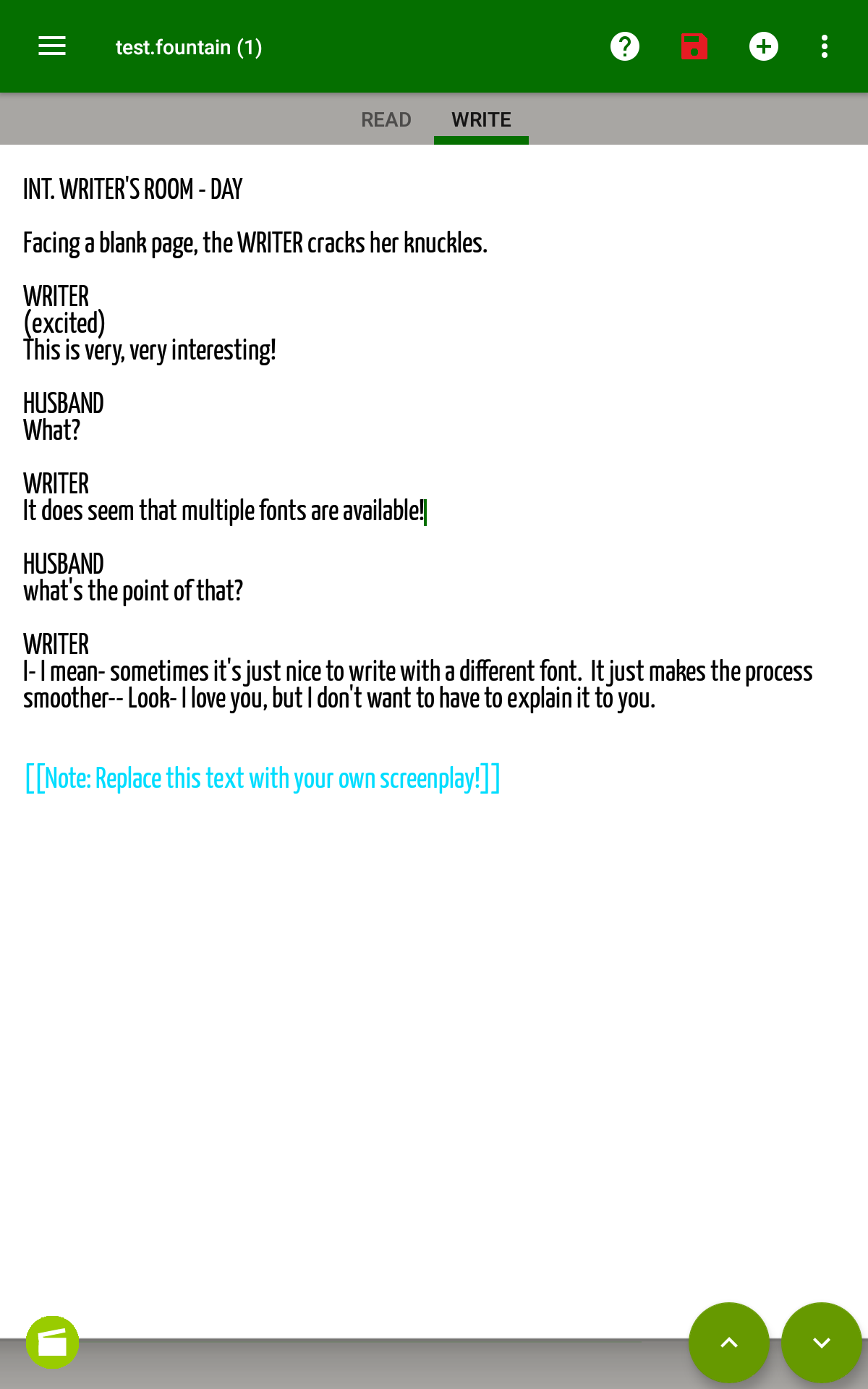 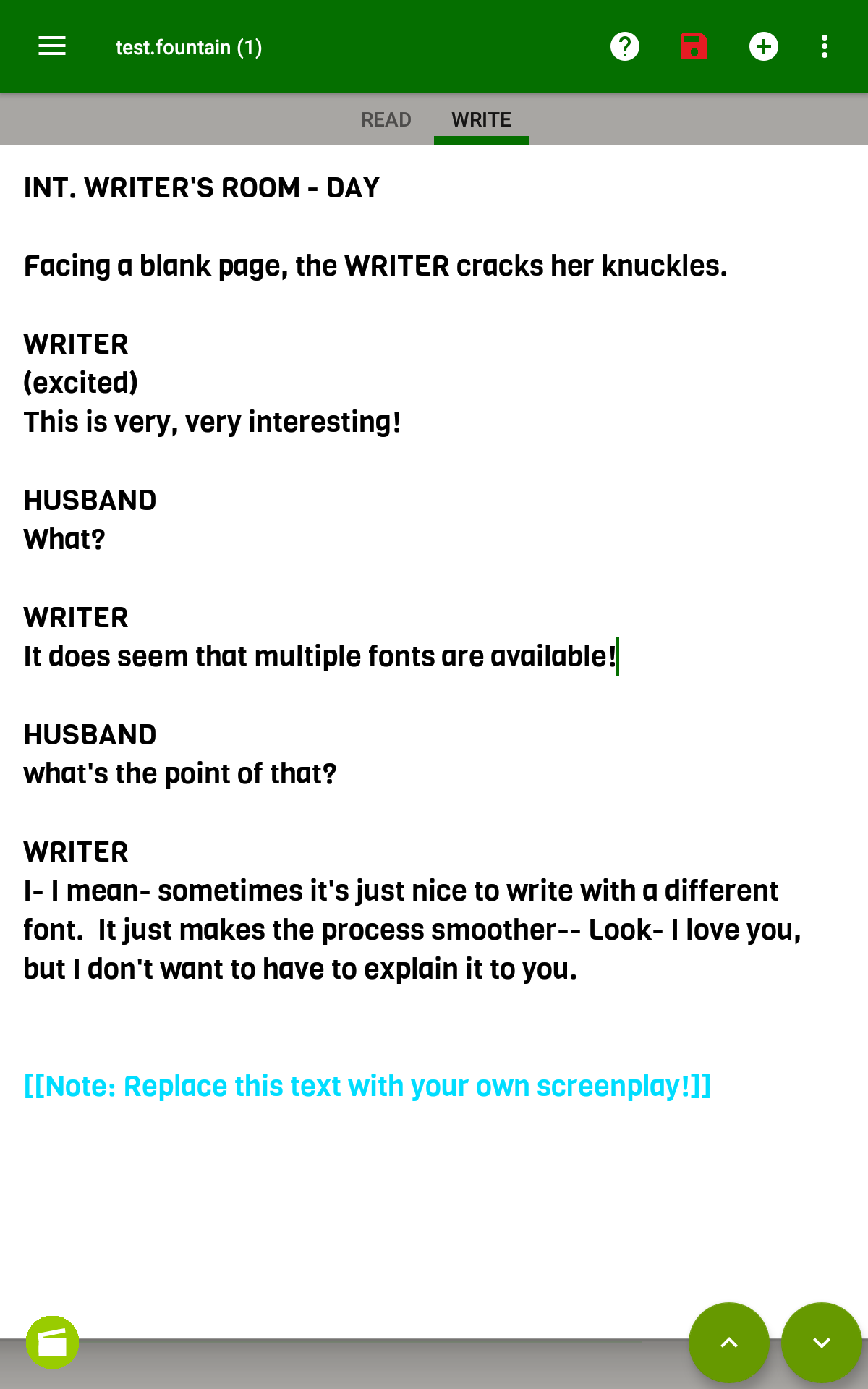 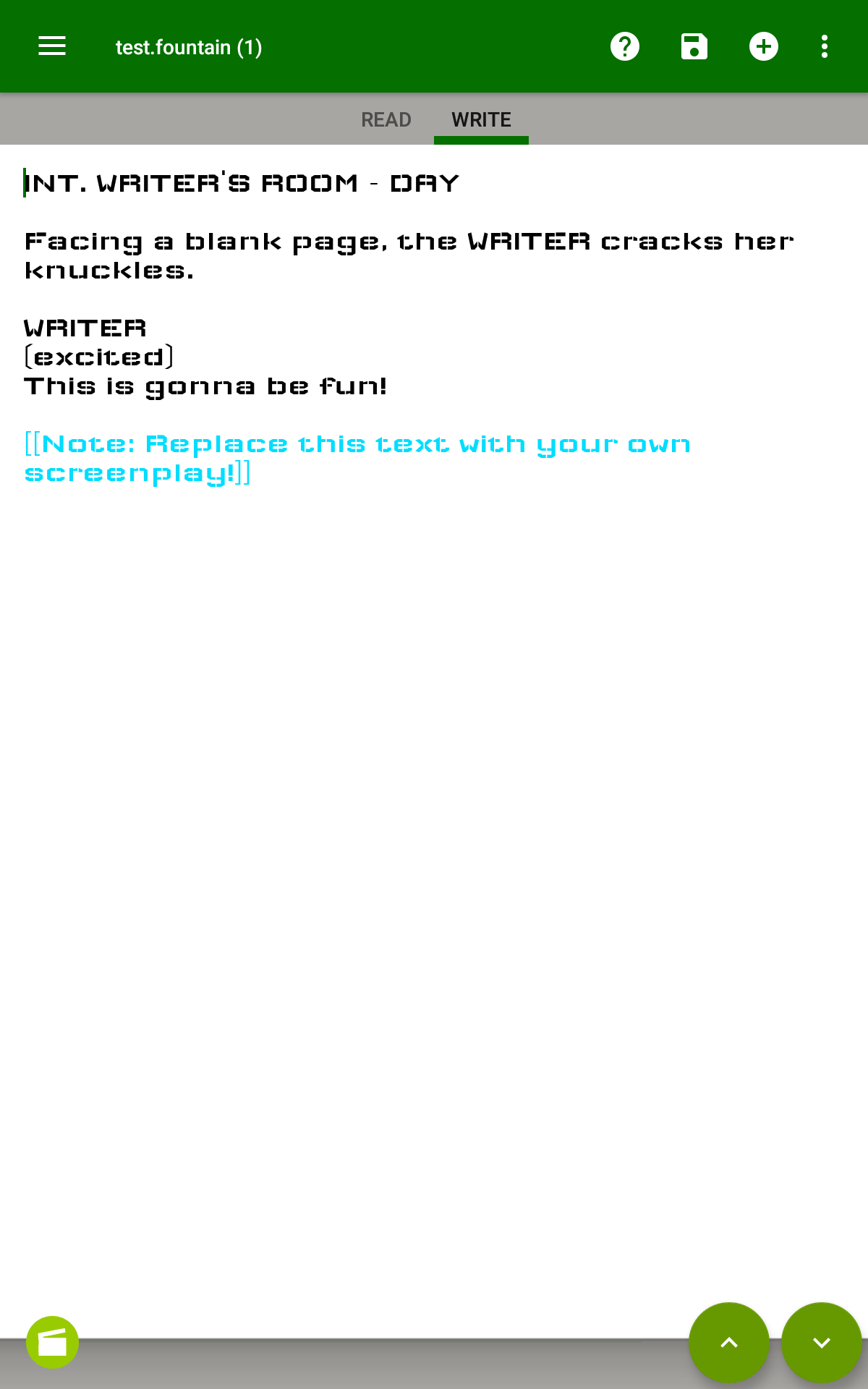 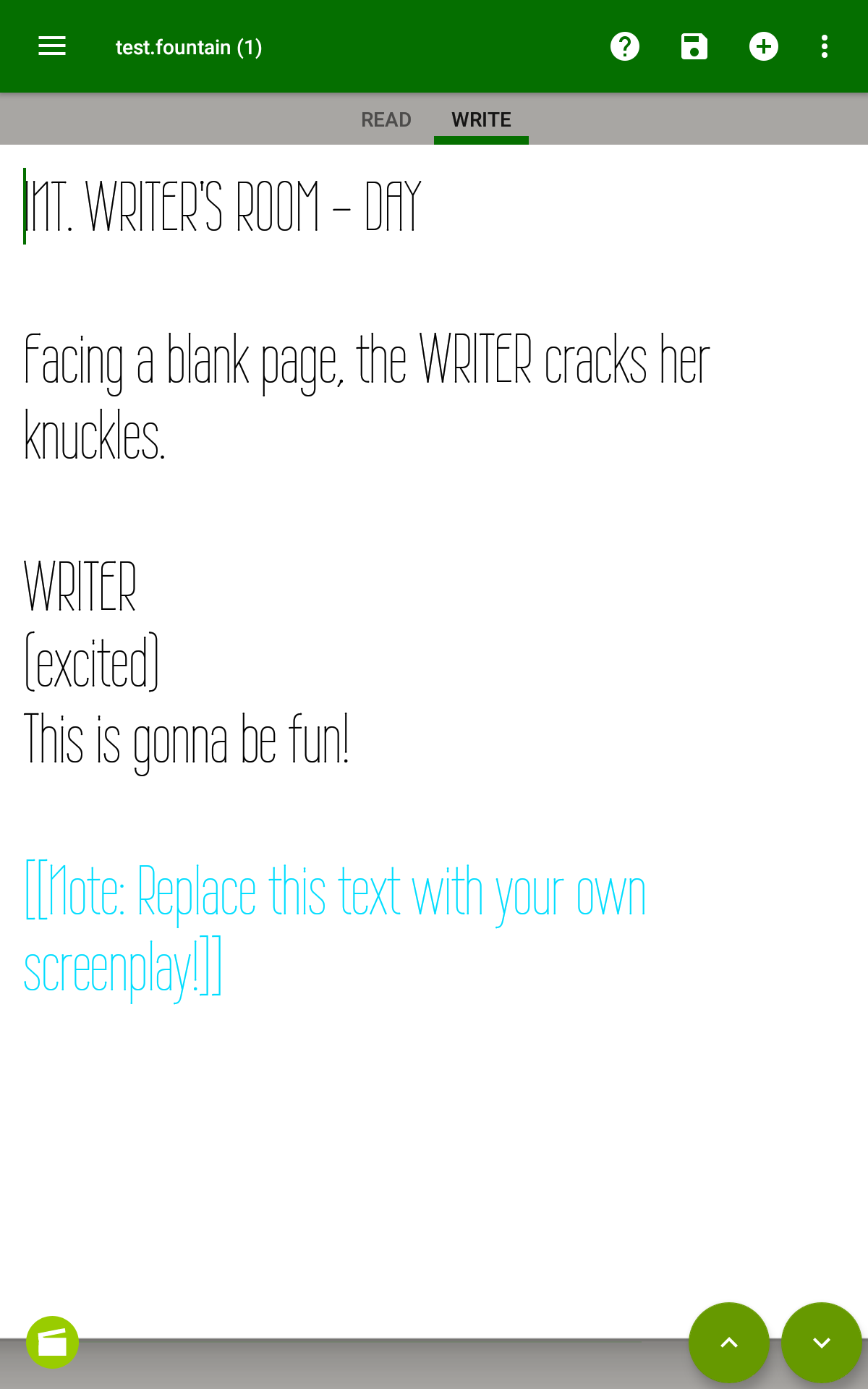 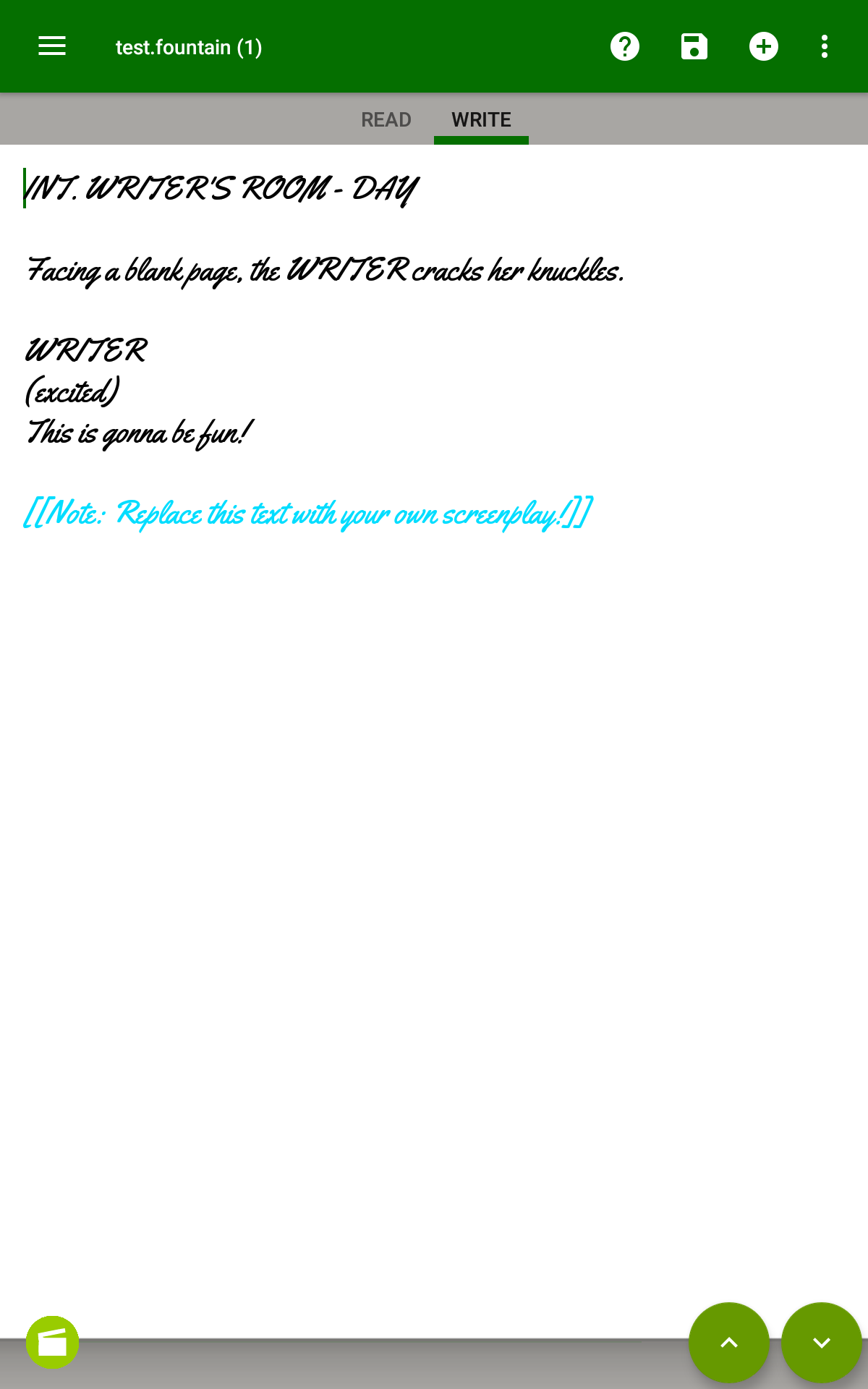 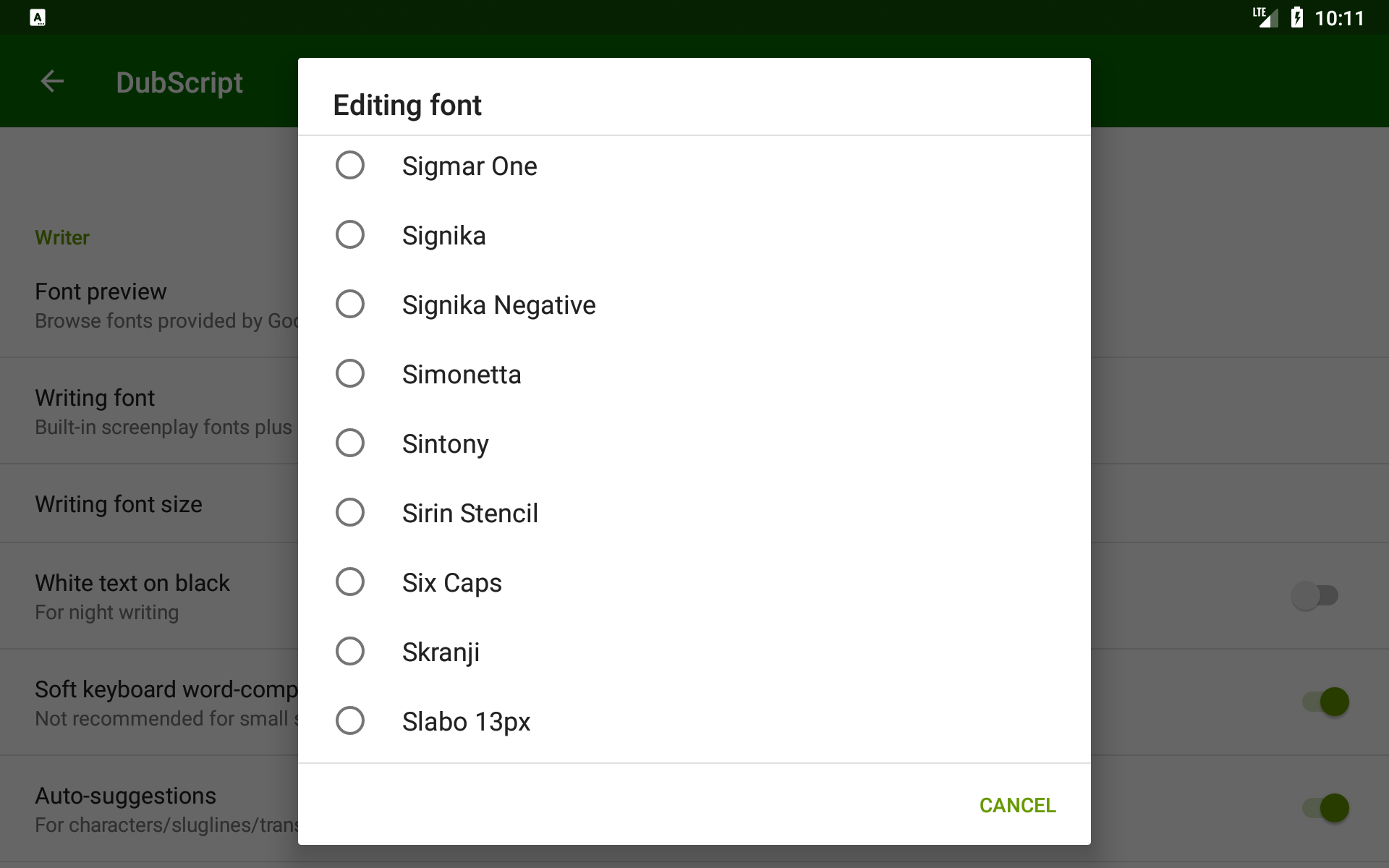